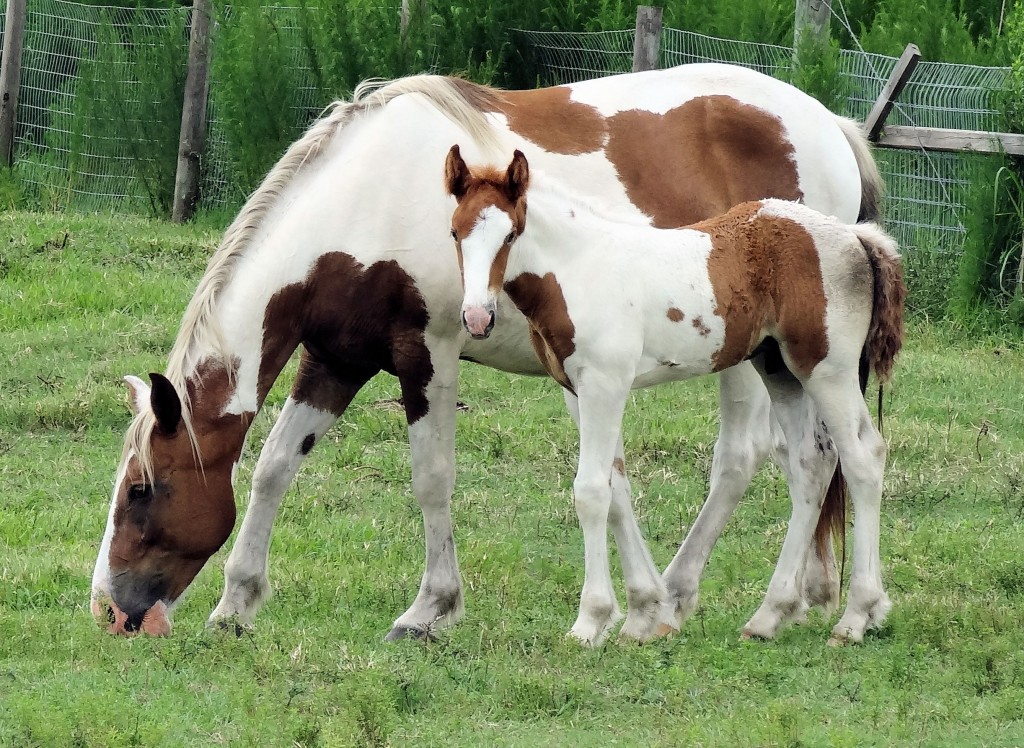 Saratoga is a mustang mare that we adopted from a Wyoming herd.  Her birthday is sometime in April of 2003.  Saratoga is a light brown and white pinto capture from a area near Rock Springs. The horses from this area have a lot of draft dna with percheron, morgan, arabian, and spanish horse breeds. She stands 14.3 1/2 hands.  She produces very sweet easy to train babies.  Her foals are Arrabella, Stormy who is for sale, Samson and JRM Charmer’s Lucky Clover who is for sale.

Charmer Prince and Saratoga welcomed a new filly to this world on May 23, ...

Arrabella or as she is now known Bella, my gypsy cross 2011 filly from ...

Stormy, is a hansom colt out of my stallion Charmer Prince of The Lion ...