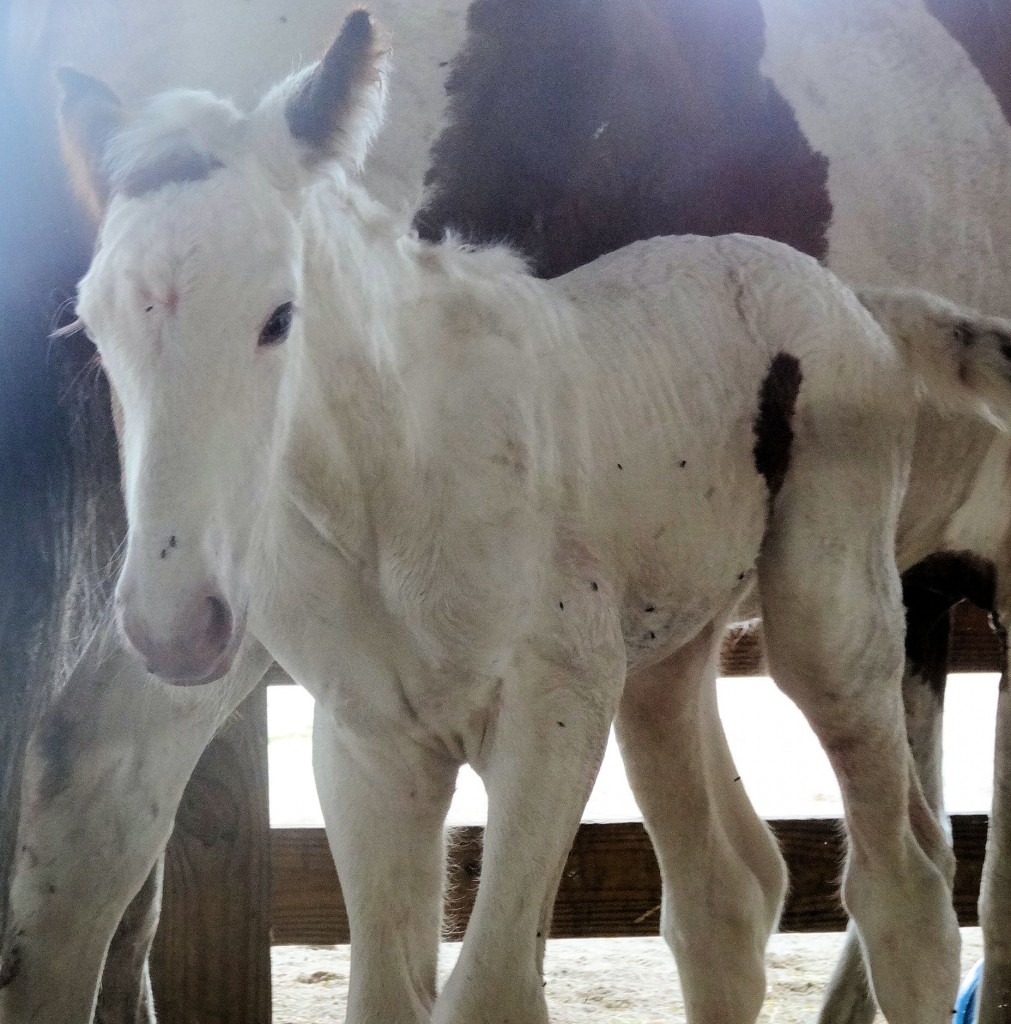 Samson arrived in this world on 6/3/13, a big strapping boy, vet said he was the biggest baby he had seen in years. His sire is Charmer Prince of the Lion King and his mom is JRM Saratoga.  He has his dad’s gypsy build and is growing bigger every day.  Was already up to mid shoulder on mom the day he was born and at almost two months old almost as tall as she is.  Don’t know how tall this guy will be.  He has quite a bit of feather for a cross and is going to look like dad. He is very friendly and has the most elegant gait I have seen.  He has one partial sky blue eye and one dark blue eye.  Saratoga his mom always throws the friendliest and smartest babies. He went to live with his new mom Carlie in Clearwater who calls him MacIntosh. He has three sisters Charmer Prince’s Lucky Clover  and Arrabella and JRM Mia and a brother JRM Stormy who is for sale.