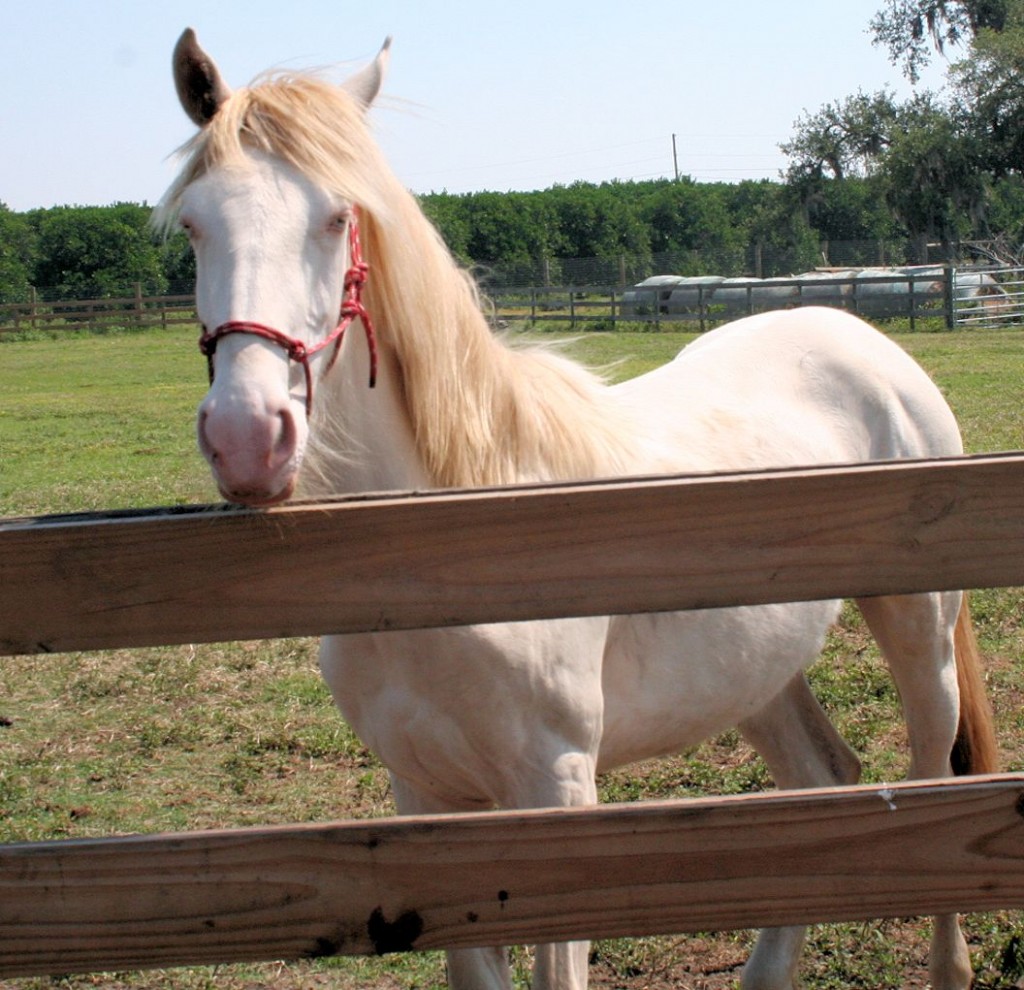 Glory is a cremello mustang with blue eyes, she stand almost 16 hands high.  She was born in a wild horse hold facility managed by the BLM. I am not sure what area of New Mexico she comes from so the origins of her genetics are unknown, through my research I would guess she has Spanish horse, quarter horse and other horse used by the US calvary.  She is a very curious and sensitive horse.  Her first colt born to Charmer Prince of the Lion King is a buckskin gypsy cross with excellent markings named Azure.  Her 2014 colt with Charmer Prince of the Lion King is a palomino named Love Bug who is for sale. The cremello gene will allow her to throw some interesting babies.

Shiner is the most hansom buckskin colt, he is a gypsy/mustang cross. ...