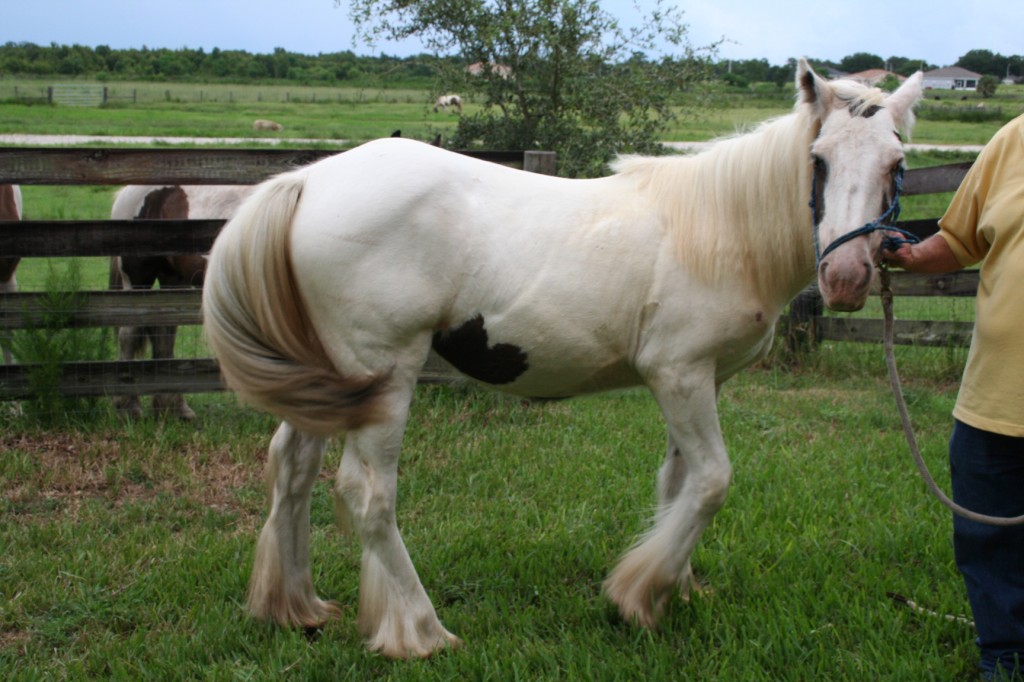 JRM Perfection of Dawn, is our black and white piebald mare standing 14.1 hands, she was born on 5/13/2008. Her sire is The Godfather also known as The Subaru Horse and her dam is Lighting of Lexlin.  She is the true gypsy size and conformation.  She has produced four babies for us, JRM Colton 2011 colt who is for sale, JRM Lion King Grand Princess 2012 filly, and JRM Josiah 2013 colt and her 2015 colt Phantom Knight who is for sale.  She is always the last to leave. She  doesn’t care if she is with the other horses, would rather be with people.  She produces remarkable babies.

Phantom Knight is the very hansom son of JRM Perfection of Dawn and ...