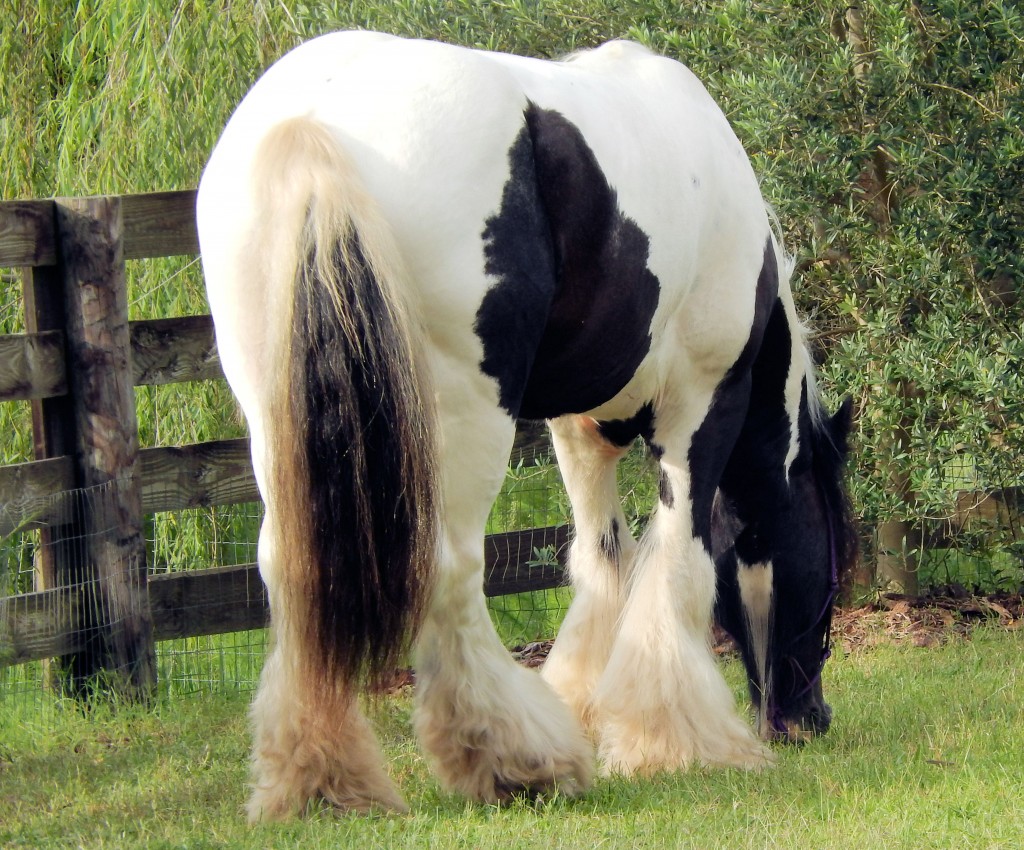 Our Charmer Prince is just that charming.  His sire is The Lion King and his dam is Kinsey. He is such a good easy going stallion.  He tries to please in everything asked of him.

He is the sire to most of our foals and is such a good daddy.  He worries about his family if he is separated from one of them, when Dawn had her baby, Josiah, we let all the other horse out and kept her in her stall to wait for the vet to check her and Josiah.  Freckles, kept running back and forth between the barn and his other mares and babies to make sure everyone was safe.  He takes his job of protector to the herd very seriously and doesn’t like anyone in another pasture without him.

He is very much a Lion King son, if you compare pictures to his dad it’s hard to tell who is who.  He puts his mark on all his foals. His quality shows through with all the traits of a good gypsy horse.  His mom Kinsey is an exceptional gypsy mare very traditional in looks with more feather than most stallion, a few pictures of her are included on her page.

Shiner is the most hansom buckskin colt, he is a gypsy/mustang cross. ...

Charmer Prince and Saratoga welcomed a new filly to this world on May 23, ...

Phantom Knight is the very hansom son of JRM Perfection of Dawn and ...

JRM Ranch would like to introduce JRM’s Summer Breeze, arriving in ...